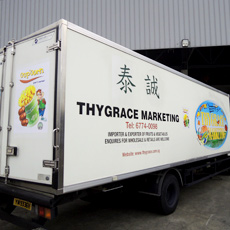 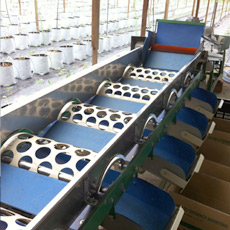 Bell pepper, also known as sweet pepper or pepper (in United Kingdom and Ireland) and capsicum (in India, Australia and New Zealand), is a cultivar group of the species Capsicum annuum. Cultivars of the plant produce fruits in different colors, including red, yellow, orange, green, chocolate/brown, vanilla/white, and purple. Peppers are native in Mexico, Central America and northern South America. Pepper seeds were later carried to Spain in 1493 and from there it spread to other European, African and Asian countries. Today, China is the world's largest pepper producer, followed by Mexico and Indonesia. 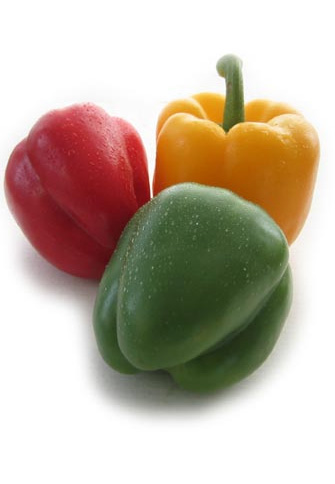 Tomato is an edible red fruit from the plant Solanum lycopersicum, commonly known as tomato plant. Tomato as food originated in Mexico, and spread around the world following the Spanish colonization of the Americas. Its varieties are widely grown all over the world and sometimes in greenhouses to cooler climates. Tomatoes are consumed in multiple ways, including raw as ingredient in many dishes, sauces, salads, and drinks. While it is botanically a fruit, it is considered as vegetable for culinary purposes. The fruit is rich in lycopene, which studies have shown prevents skin damage from ultra-violet (UV) rays and gives protection to skin cancer. 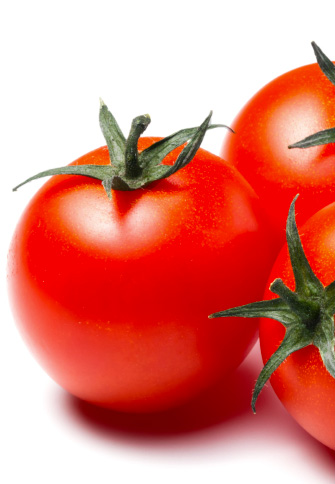 The cherry tomato is a very small variety of tomato that has been cultivated since at least the early 1800s and thought to have originated in Peru and Northern Chile. Cherry tomatoes range in size from a thumb tip up to the size of a golf ball, and can range from being spherical to slightly oblong in shape. The more oblong ones often share characteristics with plum tomatoes, and are known as grape tomatoes. 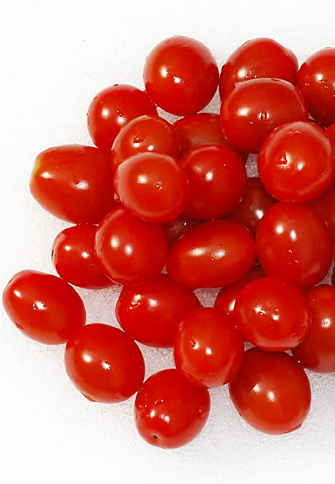 Known in North America as the eggplant, Solanum melongena is a species of flowering plants known in French and British English as the aubergine. Also known as the brinjal, brinjal eggplant, melongene, or guinea squash, it is a member of the family Solanaceae. It bears fruit of the same name, eggplant or aubergine, widely used in cooking, most notably moussaka and ratatouille. This perennial plant is native to the Indian subcontinent and is now grown in many tropical and semitropical regions. 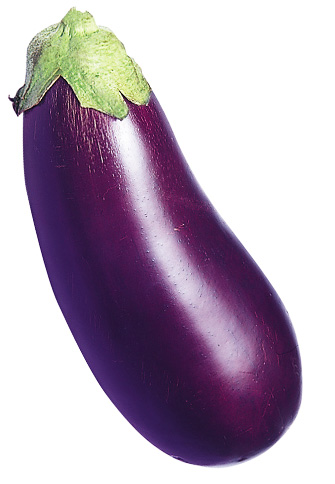 Green beans, also known as French beans, Fine beans (British English), string beans in the northeastern and western United States, or ejotes in Mexico, are the unripe plant of specific cultivated varieties of the common bean (Phaseolus vulgaris). Green bean varieties have been bred especially for its fleshiness, flavor, or sweetness of their pods. Haricots verts, French for "green beans", may refer to a longer, thinner type of green bean than the typical American green bean. 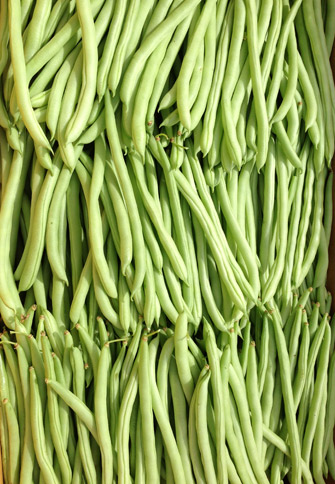 The cucumber (Cucumis sativus) is a widely cultivated plant in the gourd family Cucurbitaceae. It is a creeping vine, which bears cylindrical edible fruit when ripe. There are three main varieties of cucumber: "slicing", "pickling", and "burpless". Japanese cucumbers are one of the zenith varieties of burpless cucumbers, though they can be used for slicing and pickling, too. The cucumber is originally came from Indian subcontinent but is now grown on most continents. 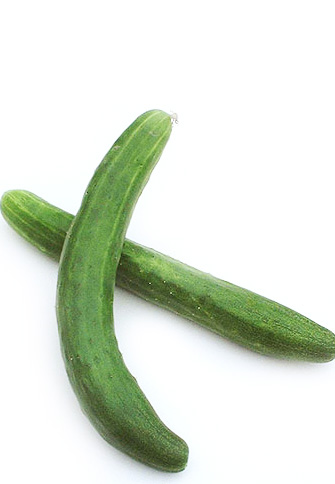 The zucchini or courgette is a summer squash which can reach nearly meter in length but usually harvested at half that size or less. Along with certain other squashes, it belongs to the species Cucurbita pepo. Zucchini can be dark or light green. A related hybrid, the golden zucchini, could be in deep yellow or orange color. 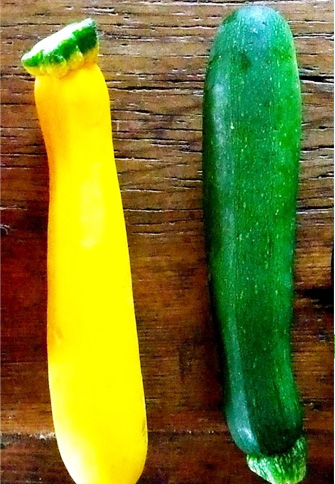